Cooling Tower Repair: 5 Reasons Why You Should Care

Your cooling tower is showing signs of trouble, but because maintenance will have a cost, take time, and require you to shut down your unit, you postpone solving the issue. “I’ll call the service company next week,” you think … and next week becomes 2 weeks, which turns into a month, two…and no cooling tower repair happens.

Let me tell you: the price you pay for not fixing your unit is much higher than a few hours of shutdown inconvenience. Here we talk about 5 reasons why you should get your cooling tower repaired as soon as you notice the first red flag.

1. You Don’t Want to Waste Energy

We all know that an underperforming unit needs to work harder to try to achieve the same final result. In doing so, your cooling tower uses a lot more energy than it should, and you'reyeahwe the one getting the bill at the end of the month.

Not only that, but you are also straining the other parts of your tower that are pushed to the limit to compensate for the ones that are not working well.

2. Your Entire System Will Get Dirty

The cooling tower is the entry door for outside contaminants to get into your hydronic system. Even fine particles smaller than 5 microns can affect the heat transfer capabilities of your unit, leading to the energy waste we already mentioned.

If the problems you’re having are with scale, deposits, or microbiological growth, all these impurities are impacting water flow, pressure, and temperature, affecting your tower’s operation.

In this case, there are two ways of dealing with the situation: filtration and water treatment. When coupled, they are powerful in keeping your system immune to the dangers of airborne debris and bacteria.

Filtration systems will capture the dirt that is in your system, allowing you to expel it through purging. Water treatment, either chemical or non-chemical, will kill the bacteria within your system, so it will not multiply and harm the system or the building’s occupants.

3. You’ll Have to Deal With Equipment and Parts Depreciation

We talked about components having to work harder to try to pick up the slack that low-performance parts leave. What is the consequence? That’s right, parts depreciation. They are going to wear out faster, requiring you to replace them before you had planned.

But there’s more. In a dirty tower, for instance, corrosion can occur and become a big problem.

That’s because corrosion happens when contaminants in the water cause metal do degrade through an electrochemical reaction. Now think of all the metal in your system. Not only is your cooling tower made of metal, but also the chiller and the pipes, meaning that a dirty tower is actually putting at risk your entire system.

4. You Want to Protect Everyone in Your Building

Cooling towers can be a den for bacteria outbreak.  One type of bacteria, called Legionella, is naturally present in water environments. In low and controlled amounts it is not harmful to humans, but Legionella can pose a health risk when it gets into building water systems.

That’s because hydronic systems create an ideal environment for the bacteria levels to grow. When this happens, buildings’ occupants are exposed to potential Legionnaires’ disease, a deadly disease that is invisible and hard to contain.

Most people become infected when they inhale microscopic water droplets that contain Legionella bacteria. That can be from a faucet, a shower, a fountain, or even the ventilation system in a building. It is so alarming that the Centers for Medicare & Medicaid Services (CMS) released a mandate to healthcare facilities to develop and implement a water treatment management program that aims to protect those who are already more susceptible, such as elderly, smokers, and people with a weakened immune system.

5. You Are Overloading Your Chiller

If your chiller is using water from a cooling tower, it’s the temperature of the water that comes to the chiller from the cooling tower that determines how efficiently a chiller will work.

The closer the water sent to the chiller is to the original design, the best the chiller performance will be.

Knowing that dirt in the tower affects heat transfer capabilities and that if parts are damaged in your tower the unit will not be as efficient as it could, it is pretty obvious that until you have a clean unit and the right parts replaced, you will be overloading your chiller.  Not only will your tower start suffering, but your chiller also. The tubes are the first ones to suffer, getting clogged.

Remember that the chiller represents circa 40% of all of your electric bill, and that can represent literally thousands of dollars in energy that you’re going to pay for if your chiller is required to overwork due to the water temperature and quality that came from the tower.

Get your tower fixed as soon as possible and avoid dealing with all these problems. If you’re in California, contact us today for a FREE inspection!

Factory Authorized Service is the only company you’ll need to plan a proper maintenance plan for your cooling tower—and the rest of your industrial HVAC system. We have experience in servicing all the major brands, including Evapco, Baltimore Aircoil, Marley, Recold, and more! Contact us today to start the process of ensuring your cooling tower is reliable, safe, and performing at optimum energy efficiency. 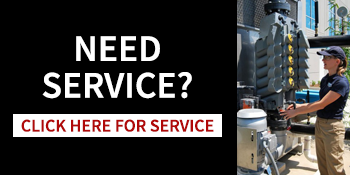 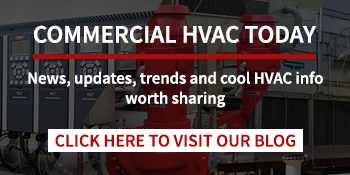